I just made a cucumber pickle with the last of our cucumbers from 2013, it'll be ready in two weeks and I'm thinking of serving it with a salt fish espuma - which will give me a chance to get my cream chargers out for something more than simply whipped cream! Luckily I found a recipe over on whippedcreamcanisters.org.uk which just about ticks all of the right boxes! I'm thinking that a cloud fluffy whipped mousse will be perfect with the crunchy, sour cucumbers.


Read more »
Posted by uberoriginal at 3:48 AM No comments:


Read more »
Posted by uberoriginal at 8:26 AM No comments:

Now those are two girls that know how to party - carline and jody aka C&J cream chargers were at an even this weekend just gone - the amount of whipped cream they dispensed had to be seen to e beleived - t was like snow on the beach....

actually to be fair it was more like this...

but whatever you think about it was fun - it didn't quite turn out the way we expected and were hoping for some cottage, frottage lubed up cream girls - that didn't transpire but it was still all good fun down in the house! The next time we'll be getting kit off fr sure before getting the foam out - it really is hard to get the smell of the whipped cream out of your clothes.


Posted by uberoriginal at 9:10 AM No comments:

So where is the connection? Voodoo magic as per the voodoo knife block and cream chargers - pure as the driven snow, whipped so light and fluffy????? I guess the connection is the Cheeky Monkey who make everything creamy ....  where light and dark collide and create a rainbow that is more unicorn than monkey chargers...

So could a razor sharp knife set be used to cut through whipped cream? Very unlikely .. although a sworn can make that swish sound as it cuts through the air - perhaps I should be thinking hot knife through butter rather than voodoo knife through aerated dairy?


as demonstrated in the video there is no stopping a hot knife through butter - and I think that applies even when it the knife in question is actually totally blunt .... i think it's the heat and not the edge that give the cut. Perhaos that is why in the future we will be using light-sabres rather than cutlasses?
Posted by uberoriginal at 9:42 AM No comments:

The real story of voodoo

It's all well and good talking about the voodoo knife block but what is voodoo really about?

Let the discovery channel tell you everything.


Posted by uberoriginal at 2:12 PM No comments:

so take a sneaky peak behind the scenes - as you can see the cream is actually dispensed from tube - probably connected to a cow that is a long way off screen in a field i Cornwall.

Th real trick is connecting the whipped cream dispenser to the bra - and for that we use a short length of rubber hose - unfortunately it can't be as long as the one used in the video becue even with the larg cream canister you are still really only dealing with 3L of cream from a single charger. So use a mini back-pack and just don't turn your back on your audience.

Posted by uberoriginal at 2:26 AM No comments: 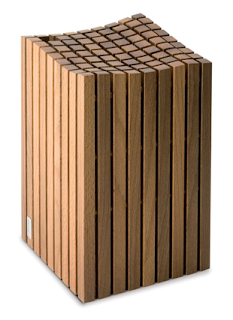 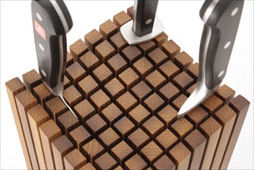 Unlike many knife blocks - this one actually looks good regardless of what knives it actually holds - unlike some that only seem to really work when they have the "right" knives - usual those that came with the block in the first place - which means you are tied into oe brand in much the same way you would be with an apple computer....

Posted by uberoriginal at 2:25 AM No comments: