I just made a cucumber pickle with the last of our cucumbers from 2013, it'll be ready in two weeks and I'm thinking of serving it with a salt fish espuma - which will give me a chance to get my cream chargers out for something more than simply whipped cream! Luckily I found a recipe over on whippedcreamcanisters.org.uk which just about ticks all of the right boxes! I'm thinking that a cloud fluffy whipped mousse will be perfect with the crunchy, sour cucumbers. 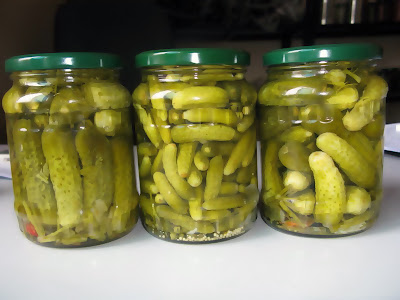 Actually mine look nothing like this at all - i used regular long cucs as opposed to the pickling kind - this is because of two reasons, firstly I don't like the babies, second I didn't have any even if I'd wanted them! So bog and sliced it is... 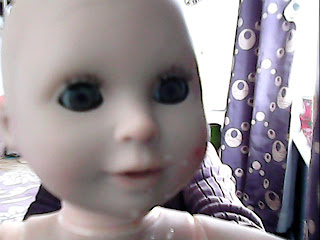 That is an example of the type of baby I particularly dislike - so it goes beyond cucumbers and cream chargers!

Before I get anywhere near the cream chargers for the salt fish (cod) espuma then I need to outline the recipe for the pickle:

This is more art then science so, precision is not required - to begin with slice up cucumbers, onions, peppers and chilli - put the lot in a bowl with some salty water, leave for 24 hours.

Then take it our and squeeze - you want as much of the water as possible removed to get it nice and crispy - this is what they never do with the store bought stuff and that's why it is often such a disappointment! Pack it as tight as possible into jars or bottles and pour on enough spiced vinegar to cover it.

The spices aren't important but I used yellow mustard seeds and fennel, this'll be ready in 2 weeks - best after a month and then start to deteriorate.

Now for the salt cod espuma - actually that can wait, you've got two weeks to get the pickle going.

Posted by uberoriginal at 3:48 AM